We would like to offer our sincere support to anyone coping with grief. Enter your email below for our complimentary daily grief messages. Messages run for up to one year and you can stop at any time. Your email will not be used for any other purpose.

Share a memory
Obituary & Services
Tribute Wall
Read more about the life story of Wayne and share your memory.

Wayne Sheldon Frye, age 90, passed away in Cincinnati, OH on Monday, November 11, 2021.  He was born on December 14, 1930 in Hubbard, OH to Mary and Alonzo Frye. He attended Ohio and Youngstown Universities and served in the Marine Corps before graduating from Pittsburgh Institute of Mortuary Science.

He married Carol Beckenbach, on July 6, 1957.  They lived in Cleveland where he started his career as a trade embalmer before becoming a funeral director. As a 36-year resident of Frankfort, Wayne served the community as the owner of Frye Funeral Home and was a long time, active member of St. Matthew’s UMC. He also volunteered his time to support the local Red Cross, Kiwanis, and Wesley Manor. Wayne could always be found cheering on his children and grandchildren in their every endeavor. He was a loving husband, father, brother, uncle and grandfather, who generously shared his wry sense of humor with everyone he encountered, always bringing laughter and kindness to those around him.

Wayne and Carol retired to Seven Lakes, NC and later to Cincinnati, OH.  He shared his talents with others in everything he did, by teaching, giving and assisting.  He was a great cook, winning the title of Pork Cookout King at the Indiana State Fair in 1974. He was also a great handyman, builder, woodworker and wood turner, making beautiful bowls and vases sold at art fairs in his retirement. His skill at bridge, cards and games of all types were legendary all the days of his life, which he shared generously with, and to the delight of, his grandchildren.

Wayne is survived by his wife of 64 years, Carol of Cincinnati, Ohio; his sister, Carol Mehaffey (George) of Columbus, Ohio; his three children Karen (husband Bryan) Knotts of Indianapolis, Beth (husband Dave) Schoeller of Nashville and Kurt Frye of Washington DC and his grandchildren Sam and Elizabeth Knotts, Jack and Will Schoeller, Zoe Schoeneman Frye, Mikhail Frye and Rowan Langston and 11 nieces and nephews.

Wayne bravely fought Parkinson’s Disease for over 20 years. Memorials can be made in his honor to the Michael J. Fox Foundation for Parkinson’s Research.

To send flowers to the family or plant a tree in memory of Wayne Sheldon Frye, please visit our floral store. 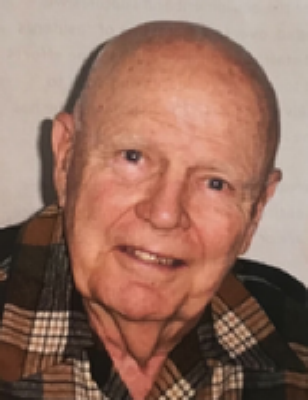 Look inside to read what others
have shared
Family and friends are coming together online to create a special keepsake. Every memory left on the online obituary will be automatically included in the book.

Look inside to read what others have shared

Family and friends are coming together online to create a special keepsake. Every memory left on the online obituary will be automatically included in the book.

You can still show your support by sending flowers directly to the family, or by planting a memorial tree in the memory of Wayne Sheldon Frye